Last week, I was driving home from work and listening to Christmas music on the radio and was instantly taken back to one particular evening in my favorite coffee shop in Southeast Asia. We spent a lot of time in this particular coffee shop, consuming more iced coffee, tea, and smoothies than we probably should have. Sometimes we would hang out there simply because it had air con, fans, and ice- a nice relief for the scorching heat and humidity. Other times, we would go there because we didn't have any other plans and just weren't sure what else to do. 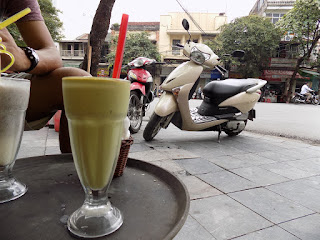 One day, my teammates and I were just sitting there staring at each other, running out of things to talk about, when I finally suggested that since we spend so much time at the coffee shop, we should get to know the workers! I'm not sure why this hadn't crossed our minds before, but it may, in part, be due to the fact that the workers never spoke English to us so we assumed that they didn't speak any English. It turns out that they spoke quite a bit of English but had just been too "shy" to talk to us. We ended up building a friendship with them that was mostly based on laughter (those boys are hilarious) and would go to that coffee shop during the afternoon (when business was slow) specifically to hang out with them. We had shared a couple of random stories from the Bible which they thought were cool, but that was about the extent of that. One day, as a team, we decided that we needed to start praying more boldly and more specifically, rather than generally.Shortly after making that decision, we were once again hanging out in our favorite coffee shop when, all of a sudden, "Silent Night" starts playing overhead. This was extremely surprising because 1) it was the middle of July, and 2) you don't hear songs about God in this country. The coffee shop workers are the ones who choose which song will play next as they typically just search different songs on YouTube. We excitedly ran up to the counter and I told the coffee shop boy, "Hey, I love this song!", and then asked him if he knew what it was about. He thought about it for a second and then proceeded to tell us that he thought the song was about "a boy breaking up with a girl." :)  Trying not to laugh, I acknowledged his clever thought, and told him that I could tell him what the song was really about! We then got to share the meaning of "Silent Night", then the meaning of Christmas, which led into sharing the whole Gospel message. Our coffee shop boy listened intently 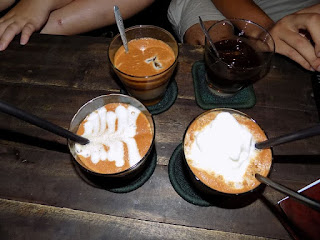 to the stories, but did not ask many questions. Afterwards, we shared some more of our favorite Christmas songs and he looked up the lyrics to each one and read and listened as we explained what they all meant. It was such a sweet, sweet time. The coffee shop boy may not have made any sort of decision that afternoon, but he came one step closer...he heard the greatest news of all time for the very first time!As we were heading home that day, my teammate, A, said she had been silently praying for a specific opportunity to be able to share with those boys just minutes before Silent Night (randomly, but not so randomly) started playing! God is so good and I can tell you without a doubt that He answers prayers. I learned to pray specifically, pray boldly, and have faith that God is big enough to answer prayers. This Christmas season, and even throughout the upcoming year (July, maybe?), I encourage you to pray for opportunities to share the story of Jesus' birth with someone who has not yet had the chance to hear!

Please tell me how I can go to heaven! 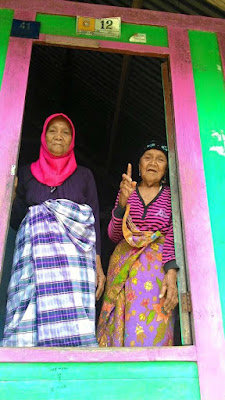 Over the course of the past summer, my friends and I encountered so many wonderful people. There were times when we were tired, worn out, perplexed, and discouraged but, the Lord constantly sent people our way who would encourage us to keep going.
Toward the last leg of the summer, we had been hiking for many miles in the beating sun. We approached a village that seemed like all the rest. I recall this day being specifically hot and draining and we were desperate for rest.
Our team gathered under the platform of the village leader's home, where we hoped to rest for the night. With much sincerity, the village leader apologized when he informed us there was no room for us in his home. It was relatively small and his whole family still lived there with him. My selfishness drove me to being annoyed with this village, though I made every effort not to let my actions show it. I was honestly ready to strap up our packs and head out to the next village.
Moments later, an elderly woman came out of her home insisting that we all stay with her. She was a widow, who had been living alone for many years. My teammates and I were overjoyed that the Lord was working in our waiting and, that He provided even when I doubted.
We rested well that night and enjoyed most of the next day in that village. When we returned to the lady's house that evening we found her weeping in her kitchen along with her friend (who was also a widow). We were concerned about the situation and we asked what was going on. She proceeded to tell us that she felt a peaceful presence in her home while we were there and when we left for the day it was gone. We told her with confidence that it was completely the presence of the Holy Spirit with us.
"As for you, the anointing which you received from Him abides in you, and you have no need for anyone to teach you; but as His anointing teaches you about all things, and is true and is not a lie, and just as it has taught you, you abide in Him." - 1 John 1:27
From that statement, the conversation transitioned to a spiritual topic and this woman wanted to know how she could know Jesus. She explained how she had not fulfilled all the requirements of her faith, and she feared she would surely go to hell.
I'll never forget her words: "Please tell me how I can go to heaven!"
Her friend who had been with her in her mourning had been hearing the entire conversation as well. By the end of the conversation we were all compelled to tears and the two ladies asked Jesus to save them.
It was so beautiful to see what God had done even in my selfishness and even though we were so exhausted. The presence of the King was with us and we brought His Kingdom to a small platform home in a remote village of Southeast Asia.
There are people like this all over the world who are saying "Please tell me how I can go to Heaven!" They will never know if we never go! We serve a living God. Go and see what He WILL do through you this summer. But I warn you, do not go if you are not willing to learn more about God, push yourself to new limits, or see people come to know Jesus as Lord of their life.