Profile: The You Tai of China have a population of 832. They are part of the Jews people cluster. This people group is found only in China. Their primary language is Mandarin Chinese. The primary religion practiced by the You Tai is Judaism, the unique religion, philosophy and way of life of the Jewish people. Their GSEC status is 1, which means this people group is less than 2% evangelical, some evangelical resources are available, but there has been no active church planting among them within the past two years.
Visit imb.org to learn more about the You Tai people.
Posted by Nehemiah Teams at 1:30 AM

Email ThisBlogThis!Share to TwitterShare to FacebookShare to Pinterest
Labels: Pray for the Unreached 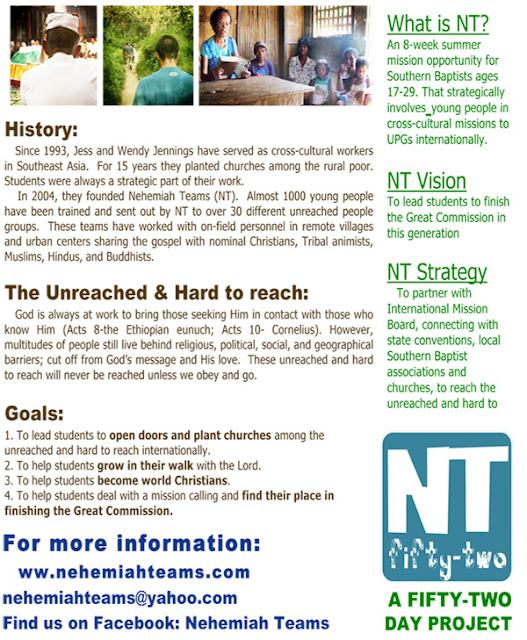 Posted by Nehemiah Teams at 3:34 AM