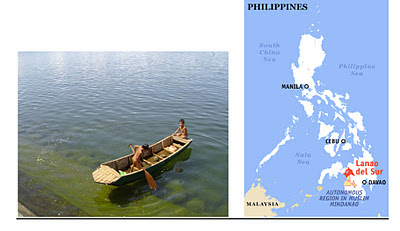 WHO are they? Many of the Maranao people make their living through agriculture, by
growing all kinds of crops such as rice, corn, sweet potatoes, peanuts, papayas and
bananas. They also fish in nearby Lake Lanao. In the Maranao culture, arts and crafts
such as textiles, metalwork and woodcrafts are important elements. The textiles in
particular, which are worn to indicate the wearer’s social status, are known for their very
ornate designs and colors. Many Maranao people are educated with college degrees,
but the difficult economy has forced many of these college graduates to return to the
traditional occupations of fishing, farming and crafting.

WHERE do they live? Most of the Maranao people live in the island of Mindanao in the
Philippines – and they have been there since the 13th century! However, in recent years
more have been moving to Manila in search of jobs.

HOW many? Out of over one million Maranao people, only 30-50 are known followers
of Jesus.

WHAT do they worship? The Maranao are one of several major Muslim people groups
in the Philippines, which together constitute about 5% of the Philippines population.
Because of this, the Maranao people consider themselves to be Muslim rather than
Filipino. But while they do practice much of the Islamic religion, they often still hold to
their traditional island beliefs and traditions.

PRAYER needs:
• Please pray that the small group of Christians among the Maranao would be kept
safe, strengthened and encouraged. Pray that they would become active in
sharing the truth about Jesus with their fellow Maranao people!
• Pray that God would rise up missionaries to come and share the gospel among
this large group of unbelievers.
• Pray that the Maranao’s hearts would be softened and that they would recognize
their need to be saved by the one true God!

Posted by nehemiah teams at 8:58 AM

WHO are they? Mostly farmers and fishermen, the Kamayo live a simple lifestyle that is
focused on surviving, not thriving. They practice traditional ethnic religions that
emphasize superstition. Another name the Kamayo are sometimes called is Kinamayo.

WHERE do they live? Most live in the Southern Surigao del Su province, with some
also living in Davao Oriental and Agusan Sur.

HOW many? There are about 9,400 Kamayo people living the Philippines, and only
about 3.5% of them are evangelical Christians.

WHAT do they worship? Most of the Kamayo people put their faith in animistic,
traditional ethnic religions. These religions are a major part of not just their spiritual
lives, but their culture as well.

PRAYER needs:
• There are no reported Bible translations in the Kamayo’s language. Pray that
God would call out great translators to come translate the Bible so that the
people can learn more about Him.
• Pray that the existing churches here would be strengthened, and that God would
continue calling out missionaries and pastors from among the Kamayo people.
• Pray against the powers of darkness that are blinding the Kamayo from
worshipping the one true God.
Posted by nehemiah teams at 8:55 AM