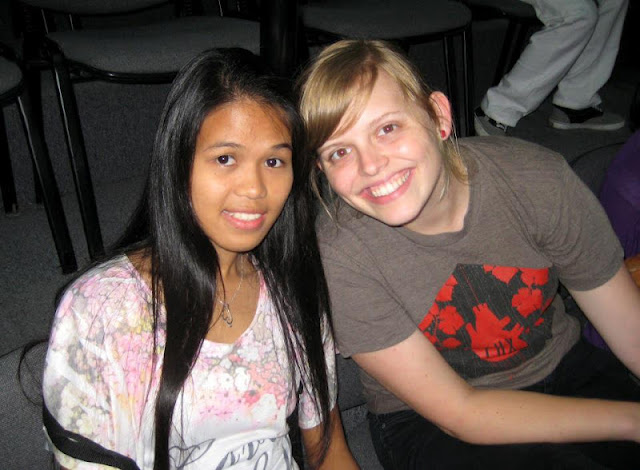 The Lord called me to go to the Philippines to serve this past summer.  In the Lord's provision for this trip, I was constantly humbled. The Lord has done it all in a way that I could not claim any of the credit. Everything for this trip, everything I need has been provided.

Over the past several months, I have seen the Lord provide above and beyond what I could have ever expected, imagined or asked for.  I want to be faithful to share those things with you, because the Lord provides and moves that His name would be glorified!  And, I certainly don't want to take credit for His amazing provision.

So, let me tell you about how the Lord has provided for this trip thus far.  You might want to sit down, because this is kind of amazing.

Let me begin at the beginning, I was leaving to go to visit Southeastern Baptist Theological Seminary in Wake Forest, NC.  I received an email from my travel coordinator informing me that I had a week to raise $2,106.  Now, I probably don't need to tell you, but I did not have $2,106.  So, I stopped by the church office on my way out of town and wrote my pastor, Calvin Fowler, a note saying, "Hey, I need this money. Can we ask the church body on Sunday?"

I didn't hear from Calvin until Sunday morning.  He said that after the sermon, he was going to pull me up in front of the church body and ask for their support. So, after the sermon he pulled me up.  He told the church where I was going. And then the church prayed over me, and commissioned me to go.

Anyhow, after I went back to my seat, one by one people started handing me money.  And every amount meant so much. The fact that anyone felt they could spare any money was amazing to me.  It was such a blessing.  I had people coming up to me who I had never met before, they wrote checks and handed me money.  But not only did families give me money.  My friends gave me money.  I think that was one of the biggest blessings: seeing college students who are scraping to get by and pay for their supplies and equipment, supporting me to go tell about the Good News.  Before I left the church building a mere 10-15 minutes later, I had roughly $2,400 towards the trip.

God is so good!  He didn't stop there, though.  The $2,106 was simply for my ticket.  I still had $1,220 that I needed to pay for the rest of the trip.  I went to check a couple of weeks later, because a friend wanted me to check to see if their check had arrived.  While I was there I asked what my balance was.  It was short of my goal, but I knew the Lord would provide.

A little while later (after 3 failed attempts, and lots of crying), I applied for my passport.  For my sanity, and because it was so late in the game, I expedited the processing of my passport.  I didn't really have the money to cover the cost of my passport, due to the expenses of my classes and the extra costs to expedite it.  I wasn't worried about it though, I knew the Lord would provide. One of my dear friends, wrote me a check for the full amount.

And yesterday, a couple from my church came to visit me at work and gave me money for my trip.

And today, my sweet friend Olivia Norton had an event called Divine Downpour.    We sold necklaces that Olivia made that were little anchors and were able to raise a couple hundred dollars in jewelry sales to help  fund my trip.

It has been amazing to see how the Lord has provided in these ways.  I know he has provided more than I can ever imagine in the midst of this.

I am so incredibly blessed to see the body of Christ come together so that His message could go forth.  I know that the Lord is going to do amazing work through me this summer, and that his word will go further, deeper, and louder than I can imagine.

Originally posted on Paige's blog.
Posted by Nehemiah Teams at 8:01 AM