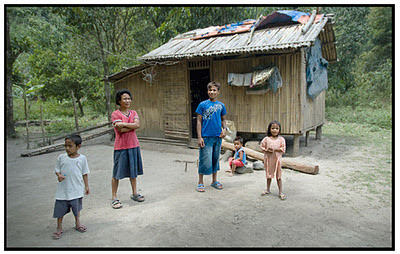 WHO are they? Cebuano people can trace their ancestry back to many different
cultures—including Spanish and Chinese, as well as other groups within the Philippines.
And even today, many Cebuanos, who are sometimes also called Visayan, speak more
than one language. In addition to their native language of Cebuano, some speak
English quite well, and others can also speak Tagalog, the Filipino national language.
Many Cebuano people live in simple two or three room homes built from bamboo and/or
wood.

WHERE do they live? The Cebuano mainly live on the islands surround the Visayan
sea, but many have migrated to other areas in the Philippines.

WHAT do they worship? Most Cebuano people are Roman Catholic, and less than 5%
are evangelical Christians. In some areas, their Roman Catholic belief is mixed with
animism (the belief that inanimate objects have spirits) and even witchcraft. Though
they will be quick to tell you that they believe in Jesus and may even be able to tell you
all about His life, many Cebuanos are hoping that their good works and the religious
rituals will get them into heaven. The idea of having a personal relationship with Jesus
and studying the Bible for themselves is often new to them.

PRAYER needs: The Bible and other Christian materials have been translated into their
language, but with a people group so large, there is still much work to be done!
• Ask the Lord to call out people who are willing to go to the Philippines and share
Christ with the Cebuano people.
• Ask God to soften and prepare the hearts of the Cebuano people for the Gospel.
• Pray that the existing Cebuano churches and believers would be encouraged,
strengthened and protected. Pray that God will call out missionaries and pastors
from them as well!
Posted by nehemiah teams at 8:27 AM