Download these posters to print and hang in your church and college campuses. 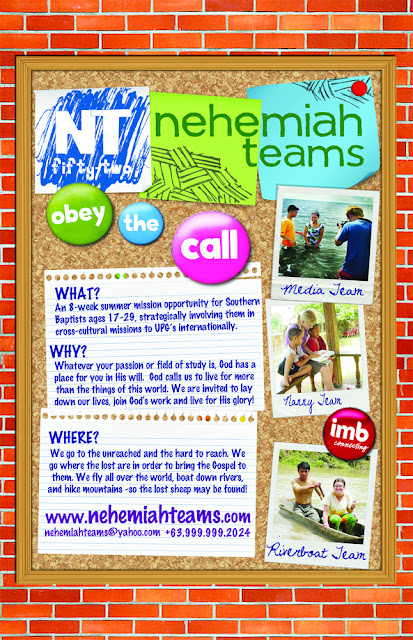 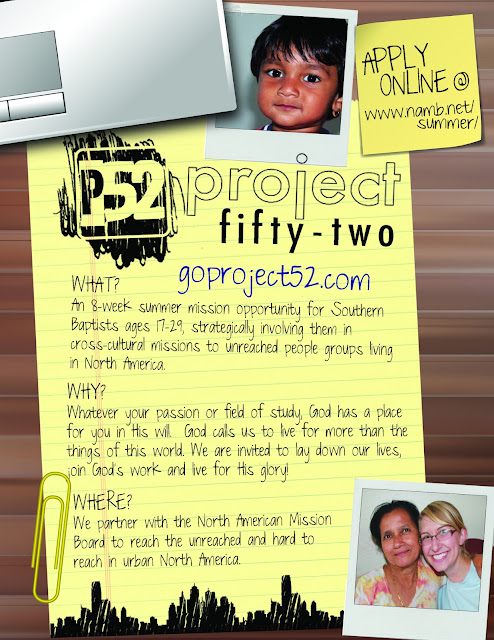 Posted by nehemiah teams at 5:12 AM

WHO are they? The Higaonon Manobo are also one of the eight Manobo people
groups who live in the Philippines. The Higaonon people are known for being good
hunters and farmers, and they often travel from one mountain to the next, looking for
fertile soil for a better harvest. They are warm and friendly people, but they can also be
fierce warriors when intimidated. Like other Manobo groups, the Higaonon Manobo use
the “datu” legal system. One main leader, called the datu, rules over several clans. He
is responsible for the goings-on in the whole community! When a datu realizes he is
about to die, he passes on the title to one of his sons.

WHERE do they live? All eight Manobo groups live on Mindanao, the Philippines’
largest island. The word Higaonon means “people of the wilderness” or “people of the
mountain” which is a good fit for the Higaonon people because many do live in remote
areas throughout the Bukidnon Province!

HOW many? There are about 40,000 Higaonon people, and about 15% are estimated
to be evangelical Christians. That means that 34,000 still need to hear the gospel!
WHAT do they worship? Like the Agusan Manobo, many Higaonon people believe in
many unseen spirits that interfere in the lives of humans and one “great spirit” that
created them.

PRAYER needs:
• Only the New Testament has been translated into the Higaonon people’s
language. Pray that God would call out great translators to come and finish
translating the Bible so that the people can learn more about Him.
• Pray that the existing churches here would be strengthened, and that God would
continue calling out missionaries and pastors from among the Higaonon people.
• Pray against the powers of darkness that are blinding the Higaonon Manobo from
worshipping the one true God.
Posted by nehemiah teams at 8:49 AM