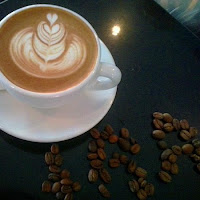 Bekah Gulledge first sensed a call to missions as an 18-year-old. She believed that meant she would get the training she needed then head overseas to start her missionary work. Little did she know that her involvement in international missions would start right on her college campus in Little Rock. Read more...
Posted by Nehemiah Teams at 7:00 AM

Email ThisBlogThis!Share to TwitterShare to FacebookShare to Pinterest
Labels: 2018 Embrace the Beyond, 2018 NT/P52, Southeast Asia

Laurel Carter is one of those who plans to bring a new gospel intentionality to her campus this semester. She spent her summer serving in Rochester, New York, doing ministry in the community and helping a new church plant build relationships.
One day she and her team prayed God would give them someone to talk to, and a little later they started a conversation with a man named Donald who was crossing the street at the same time they were. He invited them to have coffee with him,which led to a nearly four-hour conversation about life and faith.  “We ended up meeting up with him every week,” Carter said.
But God didn’t stop with Donald. He introduced them to some friends, and one day he insisted on giving Carter’s team a monetary gift. After refusing the money at first, they accepted it reluctantly, and almost immediately met up with someone on the street who had come to a local church for food distribution and found it closed. “We gave him the money Donald had given us and found out the man had been to church one time when he was younger and hadn’t been in 52 years,” Carter said. “We got to talk to him and pray over him right there, and he ended up coming to church with us on Sunday. Now he’s joined the church.”

When Carter’s team arrived at the beginning of the summer, there were 10 to 15 people attending the church plant each week; when they left there were 30 to 35.
Carter, who is a student at UAH, said she feels a burden to pursue friendships back at home the same way she did in Rochester. “It showed me how unintentional I was being back home in Alabama,” she explained. “I feel like a lot of people — they struggle with those awkward moments (of approaching someone to start a new friendship), but it only takes a few awkward seconds to change someone’s eternity.”
--Laurel Carter
True North Interns, Rochester, NY
(Excert from The Alabama Baptist,  8-26-21 edition)
Posted by Nehemiah Teams at 4:31 AM 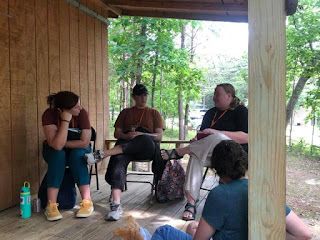 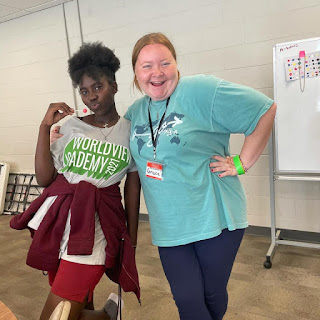 Where do I even start, this
summer was amazing. The Lord was so faithful this summer. I learned so much this summer about what the next step is for me after I graduate. God is so good! 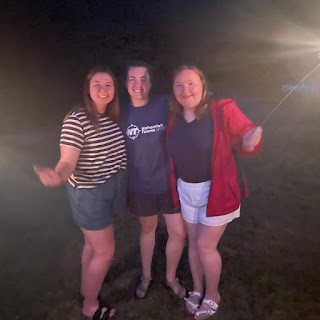 Posted by Nehemiah Teams at 5:30 PM 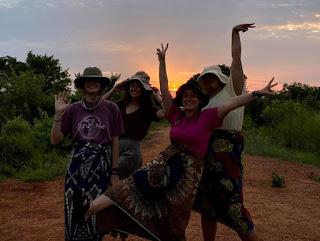 the words i could say about this trip and these people... my favorite people.. and the work that the Lord is doing is innumerable, so i’ll say this instead:

the Lord is faithful to provide

He has shown His provision in these people, in the places and in the work.

He has proven Himself time and again this summer. from the simplest of requests to make it rain to fully showing us during our last week that we are never going to be useless while doing the Lord’s work, and that we were placed with purpose.

this summer was hard but it was also so dang easy. being away from the american ideals of  what a christian should be... and how i am failing at that every day... and seeing that real-life long-term missionaries are regular people who love God and are simply serving Him somewhere else was good for my soul.

Posted by Nehemiah Teams at 5:19 AM 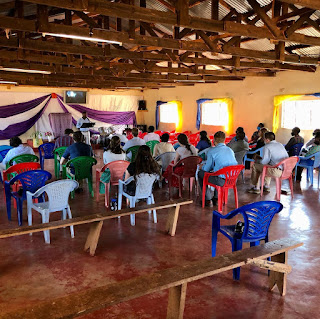 Zambia Youth Ministry team did some street evangelism on Saturday and three of the people they talked with came to church today! The team seized many opportunities to have further spiritual discussions with everyone they met.
Posted by Nehemiah Teams at 5:00 PM 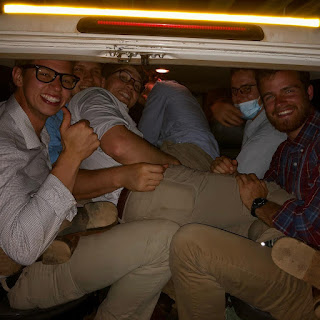 This team is awesome! After church we didn’t have a good option for getting the team back home. Their solution?? Pile 15 people into a 9 person vehicle!

In true Zambian style they squeezed everyone in and sang on the way home! Then they prepared an amazing supper for all of us. The fellowship was refreshing and ended very late... but so worth it! Posted by Nehemiah Teams at 6:00 AM 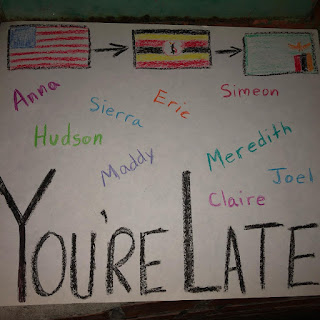 A little more than a week before their scheduled arrival at Nehemiah Teams orientation, Uganda's Bush Missionary Team received news that they would need to be re-routed for the summer. They handled the news well... worked on getting tickets re-booked... and arrived at orientation with excitement about their new assignment.

Fast forward to the end of NT orientation... it's time to travel!! After having a few days of delay in Uganda due to some Covid-regulation issues... followed by a few days of ministering to missionary families in the capital of Zambia... Zambia Youth Ministry team arrived at their final destination a week after leaving the US.

They get the 2021 FLEXIBILITY AWARD!! 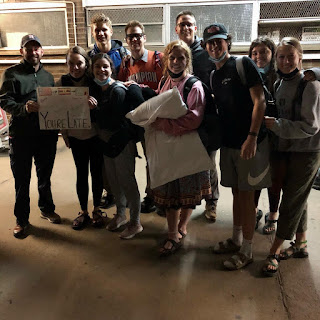 So thankful that the Lord is in charge of things! We're excited to see what the Lord does TO and THROUGH this team over the summer.

*Pray for the team to continue to "team" well.

*Pray for opportunities to develop relationships with Zambian youth.

Posted by Nehemiah Teams at 7:59 PM